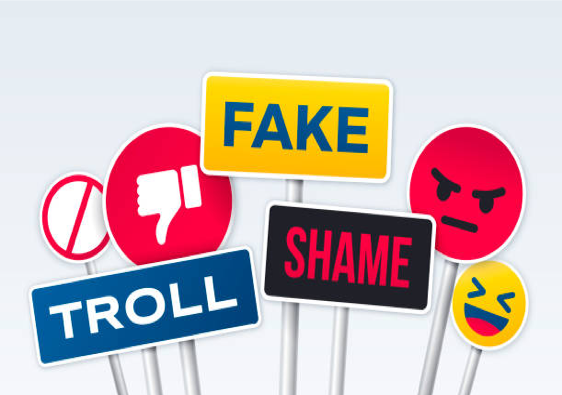 The emergence of an increasing number of different types of online media, of internet-based communication have led to heavy struggles for freedom of expression. This type of communication results in those dangerous products, such as: cyber harassment and fake news that have turned the internet into a cyber weapon.

The concept of “fake news” has evolved in recent years into a criticized cybernetic phenomenon. These “false news” are defined as: “rumors”, “post-truths”, “lies”, etc. These “lies” are most often found on websites and distributed through social media channels, in order to make a profit or social influence. In addition to the challenge of dealing with “false news”, “alternative facts”, and “post-truth politics”, there is a growing number of hate speech, abusive language and cyber aggression taking place online.

Both “fake news” and cyberbullying are problems that affect public health and social life. Cyber harassment is defined as harassment, which occurs in the online environment, through social platforms, text messages, calls and emails. Cyber harassment has been defined as “deliberate and repeated harm caused by the use of computers, mobile phones and other electronic devices.

Following studies on age and sex, involved in cyber aggression, it was concluded that in general, males are more prone to cyber aggression and aggression. Compared to women, men are more likely to become aggressors as they get older.

These behaviors are activated when people interpret information in an ethical context, to assess the correctness or incorrectness of a particular behavior. Both adults and children resort to these mechanisms of moral justification, the use of euphemistic language, attribution of guilt and dehumanization.